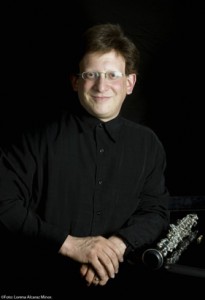 I know what you are asking yourself. Who is this guy???

Well, here is the official bio:

In 1990 he came to Mexico as the Assistant Principal Oboe of the State of Mexico Symphony Orchestra, and was appointed Principal Oboe in 2005 where he is presently playing. He is an avid chamber musician and teacher in Mexico where he has been a member of the Mexico City Woodwind Quintet since 1993.

While with the quintet, he has gone on tour to Europe and the United States, as well as recording three compact discs, mostly of contemporary music.

Joseph is also the owner of Shalita Oboe Reeds which was formerly Weber Reeds.